At the atom level, as far as we know, everything is made of the the same three things (protons, neutrons and electrons), that is all atoms. I think that there may be something missing between Quantum Physics and Newtonian Physics though, but electronics is closely related to how things that happen at the atomic level, or quantum level interact with things happening at the newtonian or ordinary mechanical level.

Human beings are not able to understand exactly what happens at the quantum level, this isn't a matter of an individual's or a group's intelligence, but it is an issue that is related to how human beings process and receive information in an ordinary mechanical newtonian world and how the senses are used.

In most cases we get our information about what is going on in mechanical or scientific terms, either by seeing something or by hearing something. If the thing we are observing is too small, to far away to quiet, then we have developed devices to overcome this.

We can look at very small things with microscopes, far way things with telescopes, get a hearing aid and so on.

When we go to look at something, we can shine a torch - a stream of protons pointed at the thing, the protons (light) land on the thing, some of the light bounces back and reaches our eyes where a transducer processes the light into electrons which do things we don't yet understand in the electrochemical computer we call our brain.

With electrons, trying to look at them with a photon, trying to determine what they are like, involves throwing photons and other electrons at them. This means there is a strong element of, trying to find out something about a brick by throwing tennis balls and other bricks at it and mapping where any that come back land. 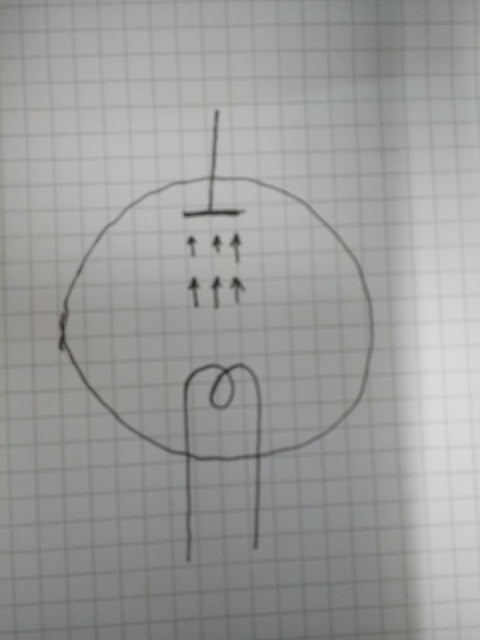 So back to where we were at in the previous post. The thermionic diode. adding another lump of metal to a light bulb. So at this point in the history of the subject we went from understanding electricity to be a flow of something from positive to negative, into being a flow of electrons from negative to positive.

An issue here is that there is both positive and negative charge and to understand electronics to the point where you can make useful things by connecting electronic components together, you have to be able to consider electrons in their own way way.

Simplistically; in an atom:-

A missing electron in an atom; causes a positive charge.

The spinning of electrons in atoms cause a magnetic field.

Changing the the energy level of an electron in an atom causes it to give off a photo.

These things work the other way around.

Brushing your hair scrapes some of the electrons of the surface of the hairs and causes a positive charge. So it stands on end, sparks or fails to do anything much.

When a photon is absorbed by an electron it changes the electron's energy level.

Doing the same thing to a lot of electrons related to atoms in one area produces a measurable effect.

Next up should be a diagram/drawing of an atom.

Whole atoms are very small, you would get about a million lined up across the thickness of a human hair. It's a bit hard to visualise a million, there are about a million seconds in twelve days, so it could be time to count up to a million slowly.

If the nucleolus of an atom was about the size of an egg then the edge of the atom would be about a mile away. 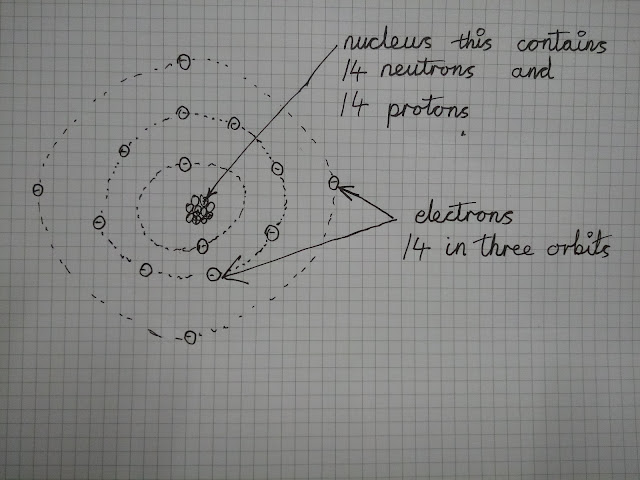 This is a picture representing a single silicon atom, from the point of view of electronics the protons are positive, the neutrons neutral and the electrons negative.

14 is the atomic number of silicon. Nothing else has 14.

In electronics situations develop where some silicone atoms have either 13 or 15 electrons and stay silicon. 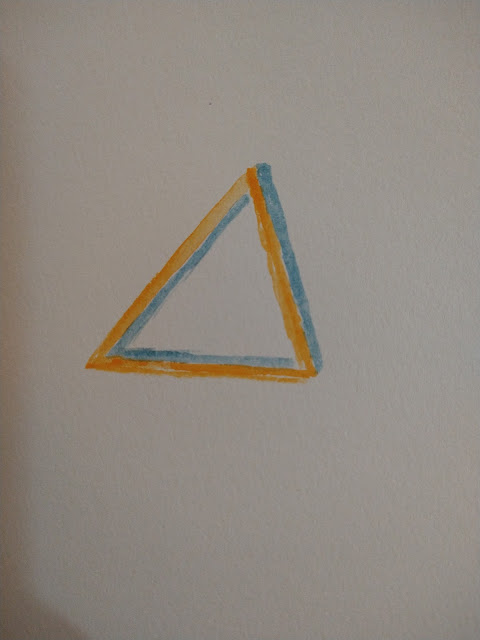